LYRICS (Engl & Ger): The inside is sleeping .. for prepared piano, voice and other instruments

The inside is sleeping
.. for prepared piano, voice and other instruments

These stars are liars
Vivid is the anchor
Holy mirror, broken time
The enemy is living and silence is a crime

Also working on a free "Piano" album, which obviously features Piano pieces (mostly contemporary influenced). A few, but not many, pieces will also fet. other instruments and voices here and there.
This album will be for free and it will be available as a download on bandcamp.
Bandcamp offers FLac as  an option and piano music should be heard in best audio quality.

That's it so far

Ah, and of course I am also producing the albums for "Ralli Rock and the Moan of the Sky" where I am also a part of the band, but this is regular, classic rock music.

AS you know: I am not bound to just one genre.Life's too short for limitations, even if I may live forever.

OLD NEWS FROM THE HOMEPAGE Finally it's out. The debut album by German Deutsch Rock Band "Null Komma Null".
It comes in stunning deluxe version or standard version. All artwork by me (pics partly by Mrs. Iri Li)
Production etc also by me. Finally this little jewell is available again.
ContraMusikProduktion has put out a final re-release, after the first edition has been sold out
(Originally released on Frequency Records in 2009)
The New and Last edition comes in real Wallpaper cover plus brand new prof. printed 8 pages booklet with lyrics and a nice print on CD itself.
VERY fairly priced here:
http://ContraMusikProduktion.de/releases.html

Some songs streamable at:
http://infinitusensemble.bandcamp.com/album/scherbenschlaf-sleep-of-shards


1)
I have recorded new material for a debut album with "Null Komma Null".
This is some really nice Underground Punky "Deutsch" Rock music with a big dirty Stoner Blues fist showing right into the face of reality.
The CD is coming in late December 2015 and Mr. Rock is playing some nice licks, too, I have heard.

2)
I have also been working with the two other boys from "Black Hole Raven"
(Dirty Heavy BLues Rock with both feet on the UnderGround with English lyrics) on the debut album.
Actually the songs have been recorded & mastered back in 2013/2014.
Unfortunately these guys are lame old suckers, so it still takes a while to get the Baby out.
In the meantime the band has written a lot of new songs who COULD make it on album nr. 2 or 3.
Live shows were small but the applause was loud and somehow tasting of whisky.

3)
Beside that I have recorded a couple of new tracks for my solo projects, again more Rock stuff.
YOu should also give Mr. Ralli Rock and the Moan of the Sky a chance, if you are into classic non mainstream rock music
I keep you informed about it.

4)
I have also been mastering a couple of new releases for "The Inifinite Three",
a UK band you should REALLY check out, if you are into  Post Punk/Rock and Post Industrial and a nice touch of Experimental Rock music

and many more. search for it in your favourite digital online store or streaming service


Mr. Ralli Rock and the Moan of the Sky 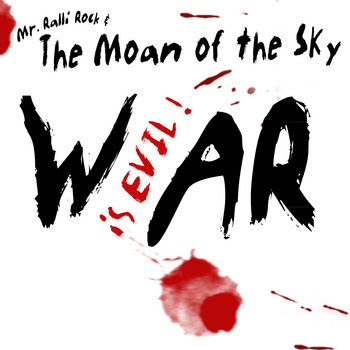 War is EVIL!
Donation song (with video) for ALL victims of the Gaza-war.
1/2 of ALL income will be forwarded to a helping organisation.

Download, listen and donate (no must, but very welcome!!!)
http://skymoan.bandcamp.com/album/war-is-evil


2013
Culture is not your friend has reviewd "Ralf Rabendorn - Exile"
Read it here:
http://cinyf.wordpress.com/reviews/ralf-rabendorn-exile/

"It’s only once in a long while that you come across an album that turns you upside down.
I think that ‘Exile’, coming from the deep, dark and sincere place, allowing its creator, Ralf Rabendorn, to attempt and draw the listener into the desert of the real. Is it really real? I don’t know, but what I do know is that Ralf’s voice, together with the shattered, painful music, brings out menacing, even if majestic voices of reason that wear the unsettling sounds like a crown of thorns and horns.

Cinematic and nostalgic, ‘Exile’ gathers twisted, orchestrated music that paints a gloomy, apocalyptic world around Rabendorn’s voice, who sounds like an all knowing narrator who tells you the inevitable tale you need to hear just before the last curtain is being pulled down on this world.

Not to take anything from the rest of the album, I think that ‘Decoy’ is the most powerful and percise song on this great work, feeling like a refreshing requiem to our oh so tiring existence. The end is near, my friends. The end is near, and this music is more than a fine choice to dress this closure with. This is beautiful."

(CMP 29) Testphasen negativ - The Final Hours (2013)
Sisters & Brothers, the time has come!
The brand new concept album by "Testphasen negativ", entitled "The Final Hours" is out now.
The album comes out exactly one year after the early death of TN's member, Jarosch von der Grünen Alm,
who is still a member of the band! (listen and you may understand)

EXTREMELY lmiited CD edition in a very exckusive,
high quality, oversized 6 panel cover plus 4 additional photographs taken by Mr. Rabendorn,
who also signed all of these limited versions!
The price for this release is a bit higher, but it was expensive to do and it is worth every cent.
CD available in our Shop. A few also available at our soul-sister-label Against it Records
and our friends at Global Hideout are also offering a handful of copies.

Testphasen negativ - Perspectives (E.P.) (2013)
FREE EP!
It's been a long time since the last TN output, but now the first sign of life in years.

"Perspectives"  contains two songs from the upcoming album "The Final Hours" (October 2013)
and also unreleased material, only available on this EP.
It's a very moody dark organic experimental ambient EP. We hope you will be happy with it.
The complete artwork is included in full resolution.

"This is a present to all fans and supporters to celebrate the 6. of July (Birthday of the dead Testphasen negativ member)  and it has also been released to say "sorry", because of the postponed and long awaited next album. The album WILL definitely be released this year in October.Thanks friends...Testphasen negativ"

tracklist:
like a moth | zeitloch | the ghost in the organic machine | asylantis | fearless

"Exile" the latest album is now available in ALL digital shops,
for example:
iTunes
Amazon

I'd like to add the "Fazit/Bottom Line" here, too

Ralf Rabendorn - ExileNew CD out on December the 20th 2012 (!)
Released by Against it Records, ContraMusikProduktion and Global Hideout

Against it Records
CD:  http://againstit.de/x17.html

Ralf Rabendorn - AschenfluchtNew CD out on June 15th on Against it Records
ONLY 7€, shipping included!!!

Available here:
ContraMusikProduktion
Against it Records

Solo CD  "Ralf Rabendorn - Fragments of Life" out on Against it Records.
Available HERE
Mastering
I am now mastering CD's, songs, EP's for a very good price outside of the labels I'm involved in.
If you want me to master your music, check out this page and contact me.

AGAINST IT RECORDS
I  am designing the majority of covers (also taking the pictures) for Against it Records.
I am also mastering many of the releases.
Check out the CD's HERE * Yes, Infinitus Ensemble is celebrating 10th anniversary this year.
A new full lenght album will be released this summer on the canadian label "Frequent Sea Records" in a limited edition of  100 copies.
This album has less words and more experimental ambient influences. Of course this is not going to be a typical ambient album. 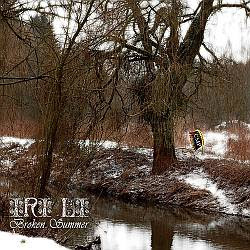 **R. Rabendorn is recording new material as Testphasen negativ with experimental female musician Iri Li.
The mini album "Daemonium (the voice within)" will be released 2008/2009.
Sound samples can be heard on Iri Li's MySpace artist page.

**R. Rabendorn is producing the solo debut full lenght album of Iri Li.
The music of the album will include such genres like : Avantgarde/ Concrète/ Experimental/ Ambient/ Field Rec./ Sound Manipulations and more.
This album will be released through ContraMusikProduktion in  late Autumn/Winter 2008. A Testphasen negativ collaboration song with Dead Industrie can be heard on the album "Distant Whispers",
which is the debut album of "Dead Industrie". Released by ContraMusikProduktion.